The Attention is like a spark that is continuously scanning the time and material realities of the world, these entities are related with the time (past & future) and material aspects of the body. This ATTENTION flows downwards and outwards into the world through the senses of the body.Attention is the single sensor of all the senses. It is  a multitasking capable force.

Attention is like a spark which can see and act in all the directions.  How does it do that? It does so because it has a source?

This ATTENTION as creative intelligence is connected to its source at the centre of the expanding universe in real time all the time, here and now.

At the same time this ATTENTION is the Outer expression of the creative intelligence (Known as the spirit, the inner most coreof any living entity) that is what runs the human system all the time. Sometimes we call it as soul, spirit, Dusha, Atma or Rooh, etc.

The backward integration of the Creative Intelligence is anchored to its stationary source. Here the source is referred to as Absolute Omniscience as a capable force located at the centre of the expanding universe where time and material do not exist. The forward integration of the Creative Intelligence is in the form of ATTENTION that creates and will keep on creating till the end of time and material.

The whole creation is one living entity. It is a pulsating universe. 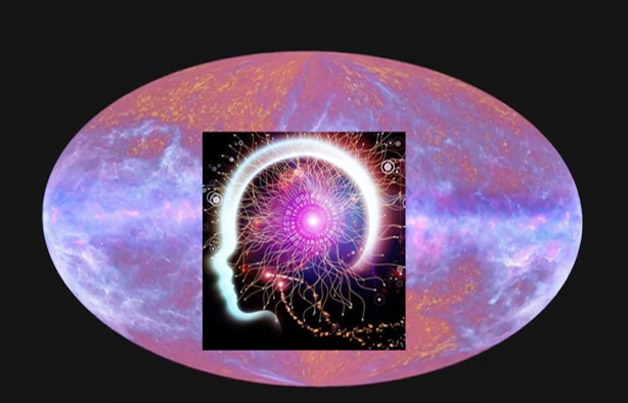 The creation is an intelligent DESIGN So there got to be intelligent being who is doing it all from the center of the expanding universe.

To explain this I would like to show you an image which shows a particle as a SPARK which is emanating continuously  from the centre of the each head through the waves, it is spreading  and working in all the directions as a capable force to multiply from one to many. 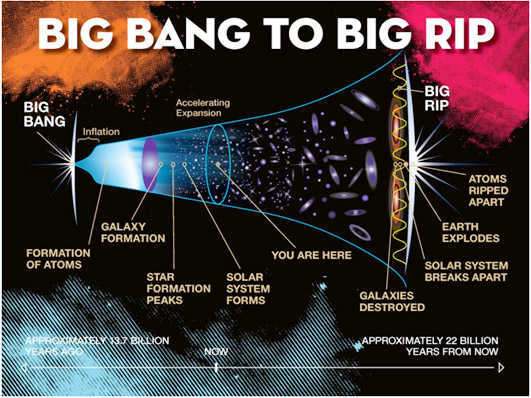 The creation had started about 13.7 billion years ago, it will continue for another 22 billion years as explained by science. It started from the small little particle and that particle of light is Absolute Omniscience and a capable force at the centre of the expanding universe.

When the particle of light became from one to many, from the central region where time and material do not exist and then one out of many started the time bound material creation. This is howthe big bang theory started. Thus the sound emerged which is known as the audible stream of life, like “Naad” (Shabad, UnhadShabad) in the Indian scriptures, “kalma” in the Quran, “Word” in the Bible, “Sarosha” in the Zoroastrian religion.

In our postulate it is like a particle and wave theory, The wave is sound and particle is light. Since this particle behaves intelligently it transforms itself from a particle to a wave or from a wave to a particle anytime at any place.
The modern science proved this in one of the experiments.

The whole cosmos is one body and in this body particle and wave is omniscient. There is one more additional field of energy known as gravitational or magnetic fields along with weak and strong nuclear forces which are operating the whole expanding cosmos with the laws of nature like inertia, mass and acceleration. Here every action has an equal and opposite reaction.

So this particular field which is operating the floating bodies in a predestined manner from its beginning till its end. It is referred to as quantum field as the universal mind. This mind is embedded with information system and all the laws of nature from its beginning to its end, which may restart again.

The third area is the floating material bodies.

So, there are three components of the whole cosmos/universe. One is the supreme spirit, the inner most core of the cosmos. Thisabode of the absolute intelligence and a capable force in the centre of the expanding universe, where time and material do not exist, we reconfirm.

We, all living beings, are part of the whole body of the cosmos, as my finger is part of my body.So that’s what goes on even in the smallest life as an insect, animal, plant or even a seed.

“Everything in life is a vibration”

Join with us on this mission for shaping of a spiritual and healthy world. 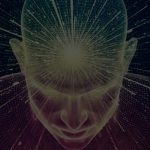